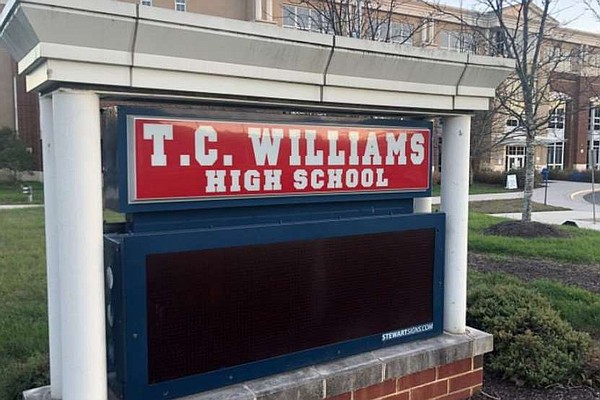 On April 13, T.C. Williams principal Peter Balas announced a contest for students to submit ideas for a new logo for the school.

“ACPS is looking for a new logo that will support the new name for T.C. Williams High School which will be known as Alexandria City High School as of July 1, 2021,” Balas said on the T.C. Titan news site. “In order to engage our students in this process, ACPS has announced a competition to design a new logo. The new logo may be used on ACPS websites, social media sites, business cards, letterhead, banners, souvenir trinkets and gifts, school apparel or uniforms, facility signage, or anywhere else ACPS chooses.”

The contest is open only to currently enrolled ACPS students. Submissions are due by 11:59 p.m. April 30 and a Superintendent’s School Logo Design Review Committee will select the finalists on May 7. Contest rules and an entry form are available at https://acpsweb.wufoo.com/forms/sh34qou1t8666o/

Petitions began circulating in earnest in early 2020 calling on ACPS to rename T.C. Williams High School. The School Board voted to make the change in November of 2020 along with Matthew Maury Elementary School. Community input was solicited for possible names for both schools with the final decision being made by ACPS on April 8.

T.C. Williams was named after Thomas Chambliss Williams, ACPS superintendent from the mid-1930s until 1963. Williams was known for his segregationist view that Black and white students learned differently and should be educated in separate schools.

Maury, considered the founder of modern oceanography, served in the Confederacy during the Civil War. At the war’s end he went to Mexico, where he worked to establish a Confederate colony.

The new Naomi L. Brooks Elementary School is in honor of Brooks, an Alexandria resident, educator and mother who died in May of 2020.