Opinion: Letter to the Editor: Captain’s Row at its Breaking Point 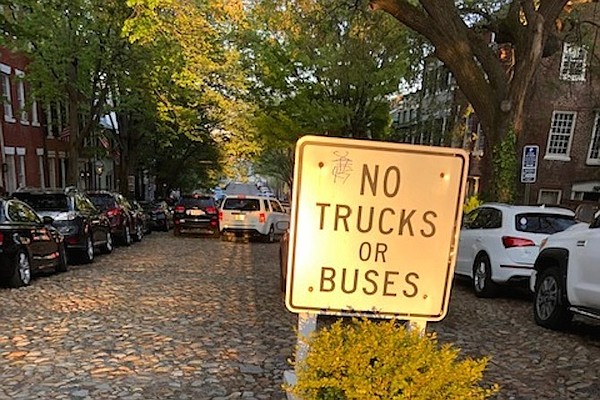 Historic Captain’s Row is at its breaking point and requests from the residents to the Mayor and City Council have fallen on deaf ears. The street has long served as one of the center pieces to promote tourism and tax revenue to the city. At any given point you can see numerous pictures of the cobblestones and homes on the Alexandria website and social media channels. These beautiful pictures may be all that is left as the street continues to crumble under the current assault of overuse, abuse, and lack of interest by city officials.

During the pandemic, the 100 block of King Street was changed into a pedestrian-only zone and now Captain’s Row must carry much of the traffic burden of King Street. In addition to the funneling of traffic to Captain’s Row, the residential and commercial density on the waterfront has created a nightmare for a street that was never designed to be a major traffic hub of the Old Town waterfront.

After the lack of response from the city to help save the street, residents have resorted to creating a traffic “diet” on the weekends to help reduce the number of cars and delivery trucks. Residents have seen a 40-60% decrease in traffic when the street is reduced to one lane. In addition, due to the overuse of the street, the residents have been forced to collect the numerous ballast stones that litter the street in the hopes that eventually the city will wake-up and realize they have a problem and the street can be repaired.

The solutions are not difficult: reset all the cobblestones, limit traffic and parking on Captain’s Row on the weekend, and enforce the “no trucks” rule that is already in place.

City officials and residents should realize that if we do not fight to keep the historical charm of Alexandria, our city is no different than thousands of other cities. Without the historical charm the tourists go away, the quality of life declines, the tax base reduces and city services become even worse. If anyone doubts the impact of losing the historical charm and Captain’s Row, I suggest you go to the Visitalexva Instagram page or other social media outlets and see how many pictures tourists tag of large offices, condo buildings or homes that have been built in the last 100 years.