Dissenting American Horticultural Society Board Members Told to Be Silent 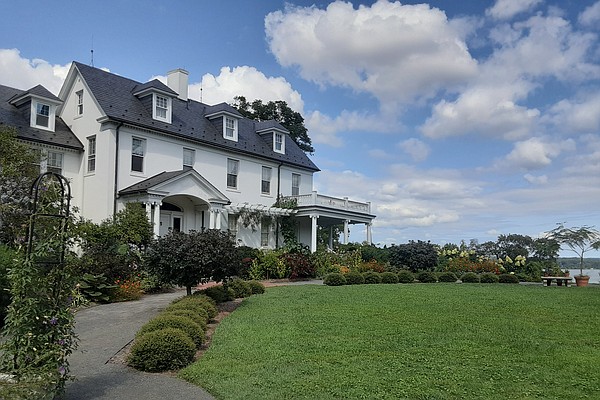 Five members of the American Horticultural Society’s board of directors – half of the voting members of the board, they say – voiced public opposition to the proposed sale of River Farm.

“Notwithstanding our earnest efforts to convince our Board colleagues to reverse course, the five controlling Board members have asked us, the dissenting Board members, to be silent while they proceed to sell the property against our objections,” Tim Conlon, Skipp Calvert, Laura Dowling, Holly Shimizu and Marcia Zech, wrote in a public statement released last week on April 23.

“While we cannot speak for the organization, we can speak for ourselves,” wrote the five members of the AHS board. “We want the supporters of AHS and the public in general to know that we have opposed and continue to oppose the sale of River Farm. We believe AHS can and should continue to steward the property in accordance with the public promises made by the Society for nearly 50 years, and we will continue to do all in our power to accomplish that purpose.”

American Horticultural Society went public on Sept. 4, 2020 with its plans to sell the property, and continues to defend its decision. At the time, Terry Hayes, AHS Board Chair, said the majority of the board called the sale “the most viable option to allow for the continuation of our national nonprofit during very difficult financial times.”

Not so, say the other five members of the Board.

“There is growing evidence that the decision to sell River Farm is not only morally and ethically wrong, but is fraught with serious legal issues. We hope that all of those who care about AHS, about our irreplaceable headquarters at River Farm, and the importance of non-profit charities honoring promises to donors, will support us in our efforts to save both AHS and River Farm,” they wrote.

“We call on our donors, supporters, volunteers, and governmental authorities to speak out on this issue, and join us in our effort to reverse the unfortunate decision by the controlling members of the Board to sell River Farm.”

AT THE GAZETTE’S PRESSTIME, Wednesday, April 28, NOVA Parks, the Northern Virginia Conservation Trust, and their partners, offered a second proposal for purchase of River Farm from AHS, according to a release.

“AHS has been a good neighbor to the Alexandria community for many decades and has been disheartened by the flurry of false information about AHS and its stewardship of River Farm,” said AHS Board Chair Terry Hayes. “As we have assured the community repeatedly, we have no intention of selling River Farm to a developer; as a horticultural organization we value the natural beauty and recognize the importance of River Farm.

“Community rumors that River Farm is at risk of being sold to someone who will subdivide our 25-acres are simply not true and only fuel fears where none should exist. We welcome honest, civil, meaningful dialogue with our neighbors and want to find a solution that will meet the needs of AHS, our Alexandria neighbors, and Fairfax County,” according to Hayes.

Sen. Scott Surovell (D-36) introduced legislation in the General Assembly to give the Fairfax County Board of Supervisors additional authority to protect River Farm under its historic zoning authority. Gov. Ralph Northam offered an amendment adding an emergency clause, so that it went into effect immediately.

“I reiterate my request for you to take a little more time. A historic overlay district should not be necessary,” he said. “Work with AHS for 60-90 days. If successful, it certainly will be worth the time.”

NOVA PARKS, Northern Virginia Conservation Trust, and their partners made an offer to buy River Farm earlier this year, but the AHS Board rejected the offer.

Their original asking price was $32.9 million.

“The AHS board declined a previous proposal submitted by NOVA Parks last month, concluding the offer as written did not meet AHS’s needs. Financial terms of the original proposal were well below the asking price set following a fair market value appraisal by an independent firm. And, contrary to widespread media reports, the original proposal also fell well short of Fairfax County’s $17 million assessed value of the 25-acre property,” according to this week’s press release.

The AHS Board of Directors will review the new proposal in the coming weeks, according to the release.